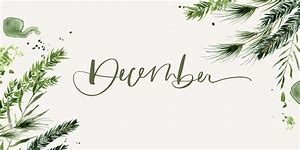 I am often asked by parents and students for guidance in navigating the test prep waters. As a nationally sought after test prep expert specializing in the ACT test, I have seen a little of everything in my ten plus years in test prep—and 22 years in the high school English classroom. Although there is no “one size fits all” answer, there are some pieces of advice that pertain to 90% of students.

Here are my top 3 reasons to take the December ACT test.

1. The TIR.
The TIR is a full test report of what questions each student misses/answers correctly. This is only offered three (3) times a year for the ACT: December, April and June! At only $20, it is a great tool to see what each student needs to focus on for a higher score. This report is mailed to the student approximately 4 weeks after taking the ACT test date.

2. Scholarship money.
For some colleges/universities, the December ACT test is the last one that counts towards merit money and/or in-state tuition waivers. There are some exceptions to this rule (e.g. U of Alabama now allows the February test to count towards these), so make sure to check with the schools on your student’s list. I try to inform families that you might be so, so close to tens of thousands of dollars in merit money, which is renewable each semester (usually based on the student maintaining a certain GPA). Test prep is certainly advisable when so much money is on the line. Merit scholarships are automatic if your students meets the ACT/SAT benchmark and GPA standard.

3. Benchmark score.
For students currently taking Algebra II (the highest math content tested on the ACT test), this December test offers a chance to see what the test is all about. Because the test offers the TIR (see above), students can exactly what skills they need to improve for a better score. Some states give a FREE test in-school in the Spring (check with your student’s school), so the December scores would offer students a glimpse into their current score and might serve as an impetus to crack a prep book!

How to register for the ACT test? Click here!

More about Jen Henson…
Jennifer Henson ( a.k.a “The GOAL DIGGER”) is a nationally sought after test prep expert specializing in the ACT test. Jennifer, who was Winton Woods City School’s (OH) Teacher of the Year in 2014, holds a Master of Education degree with a Bachelor’s in English from Xavier University—where she was a walk-on tennis player. She’s taught 22 years and coached ACT prep for over 10 years– and has an army of teachers trained to assist her requests for tutorials. Her former ACT students now attend notable higher learning institutions, including Notre Dame, The Ohio State University, Texas A&M, The Naval Academy, and the University of Kentucky—among others.

Thanks to modern meeting technologies such as Zoom and Facetime, Jennifer has assisted students from California to Connecticut—and states in between—to reach their personal ACT goals. No score is too low or too high, as she has doubled the scores of students starting at the low end, in addition to helping initially higher scoring students achieve the coveted 36 on every section of the test. Two young men playing D1 football had a composite score of a 9 originally, and scored 18 and 20 (respectively) after working with her. Three of her former clients now have NFL experience, one is a stand out WNBA player, and three are shining in MLB!