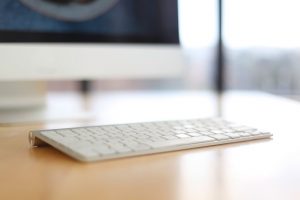 When the ACT announced that they were allowing single-section retakes starting Fall 2020, the news was received with enthusiasm by parents and students. The thought was this was an easy way to increase a student’s Superscore (What is a Superscore? ).

I was not so quick to celebrate.

The facts paint a picture that should cause much pause instead.
After much research and fact-finding, here are my 5 reasons why students should SKIP the ACT Single section retakes.

1. The retakes are ONLY computerized.
• How is this a problem? Where do I begin? This format causes inherent problems. I have taken a mock online version and can say that it was not user-friendly. I had trouble seeing the sections of text I wanted to see when answering a question. I also had to do problems in a certain order, which is contrary to methodology I teach. Also, one of my students cited a 5 second lag as she would submit an answer before the next question populated. Over the course of the test, this adds up to over 15 minutes of lost time. That same student cited interruptions from proctors looking for chargers for computers, computers hibernating if the mouse was not moving, and excessive noise not noticeable during a paper/pencil test. It is no wonder that the schools I know that have moved to computerized ACT tests have seen a significant drop in ACT scores since the implementation.

2. Students have to do their work on scratch paper.
• At first, the ACT announced that students would be provided with dry erase boards on which to do scratch work –and have since changed to paper (is there a limit to the number of sheets a student is provided? Is there adequate desk space on which to write?). Yikes! This causes a problem as many of the math problems will require a student to redraw a shape or figure, thus taking time away from actually answering the question. Also, eliminating answers or annotating text or questions is not possible on a computerized version.

3. Very few colleges/universites have agreed to accept these single section retakes.
• I would not invest the time or money on these computerized, single-section retakes when colleges and universities are not accepting the scores. This is a good question to pose to admissions departments as you navigate through your college lists. I am not sure driving a long distance test morning is in the best interest of students.

4. The ACT is struggling to find high schools to host these retakes.
• It is no surprise that high schools are hesitant to host these single section retakes. As an educator who has taken many classes to computer labs over the years, I know the potential for computer glitches, power surges and privacy that a computer lab provides.

5. The ACT has not announced the cost of these retakes as of press time.
• I would be shocked if there was not a significant price difference for taking one section versus taking the whole paper version of the test.

Instead, if a college or university does Super Score the ACT, a student can recreate the single section retake by sitting for a regular ACT test and concentrating on one or two sections per sitting. My students have been using this method this strategy for the 10+ years I have been in the test prep world.